Christopher Plaas is a young tenor that brings a vibrant energy to every note he sings. Comfortable in a variety of musical styles, he brings a fresh interpretation to the world of opera.​ Christopher has been featured as Vaşek in The Bartered Bride, The Sailor in Dido and Aeneas, Alfred in Die Fledermaus, Bastien in Bastien und Bastienne, Dr. Engle in Der Schauspieldirektor, Don Ottavio in Don Giovanni, La Théière in L’enfant et les sortileges, Spärlich and Fenton in Die lustigen Weiber von Windsor with Theater Rudolstadt , Pedrillo in Die Entführung aus dem Serail with Scenic City Opera, as the cover for the Conte d'Almaviva in Il Barbiere di Siviglia and as Monostatos in Die Zauberflöte with the Asheville Lyric Opera. In 2017 he was a Resident Artist with the Indianapolis Opera where he covered the role of Alfredo Germont and appeared in the role of Gastone in Verdi's La Traviata. Christopher was appeared as an Apprentice Artist with Teatro Nuovo during its inaugural season of the Bel Canto Festival at Purchase College. He appeared as Arturo Bucklaw in Knoxville Opera's production of Lucia di Lammermoor and as Monostatos in Die Zauberflöte with Salt Marsh Opera in 2019. In the fall of 2019 Christopher was featured as a Tyler Young Artist with Opera on the James. 2020 included virtual productions of Don Giovanni, and Il Tabarro with Barn Opera's Social Distance Opera Project as well as several independent virtual recording projects. In the fall of 2021 he was featured in the role of Alfredo Germont in Barn Opera's production of La Traviata. He was most recently seen as Ernesto in Don Pasquale with Barn Opera

Christopher recently signed with the agency Spotlight Artists Management and is available for virtual or live engagements. 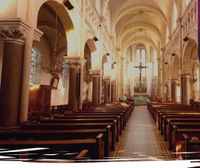 Join us for a wonderful evening filled with the sounds of music from the past and the present. All choirs will perform, including a presentation of Mozart’s Coronation Mass by the Concert Choir. Local instrumentalists and soloists Sara Snider Schone, Elizabeth Schrock, Chris Plaas, and Scott Willis will all be under the direction of Joshua Golden. As always, alumnae of the CGC are invited to the stage to join us for our traditional Edelweiss. Ages 12 and under are free admission! 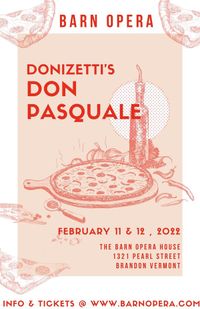 A hilarious romp set in an Italian restaurant in New York, Joshua Collier directs Nicholas Tocci's concept. This production is complete with all the stereotypes, parmesan cheese shakers, checkered tablecloths, and all that one could ask for. Join us for an evening of gut busting fun and mind blowing singing. 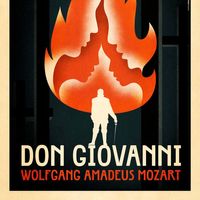 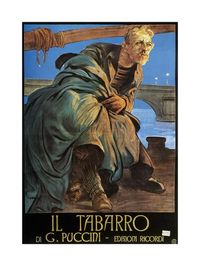 The Tarkington at the Carmel Center for the Arts

Christopher will appear in the role of Monostatos in W.A. Mozart's Die Zauberflöte with the Asheville Lyric Opera